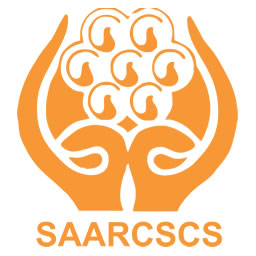 Association of Surgeons of India with the SAARC SCS

SAARC Surgical Care Society (SAARC SCS) was associated with the ASICON which is the signature annual conference of the Association of Surgeons of India. All the SAARC countries were invited to attend the ASICON as well as the Executive Committee meeting of the SAARC SCS. All the countries except Nepal were represented at these events.

Events for the invitees started with the presidential dinner at the ITC Grand Chola Hotel in Chennai on the 26th December 2018. All the leaders of the SAARC delegations were felicitated. Dinner was an ideal opportunity to meetup and network with the Indian surgeons as well as other delegates.

The next day the inauguration ceremony was held at the Chennai trade center presided by the Governor and the Chief Minister of Tamil Nadu. Several surgical leaders were conferred the Honorary Fellowship of the ASI. Dr Ashok Mehta, Past president of ASI and Dr Narendra Pinto, past president of SAARC SCS from Sri Lanka were conferred the Icon of Surgery award from the SAARC SCS.

The event ended with dinner.

On the 28th December, 2018, a global leader roundtable meeting was held under the chairmanship of Dr Dilip Gode, president ASI. Here surgical leaders from the Asia and beyond exchanged ideas. This was followed by the Executive Committee meeting of the SAARC SCS presided by Dr Shivakant Mishra, president SAARC SCS.  Discussions were fruitful and interesting.

Same day afternoon, the SAARC SCS conference took place. The first segment was the SAARC oration which was delivered by Dr Dhananjaya Sharma on “Low cost solutions”. This was followed by the SAARC symposium on “Equitable surgical care in SAARC”. The speakers were Dr Mahanama Gunasekara from Sri Lanaka, Dr Mohomed Solih from Maldives, Prof Moudud Alamgir from Bangladesh and Prof Razaque Shahikh from Pakistan.

This was followed by a gala dinner.

The SAARC SCS is deeply appreciative of the ASI for warm hospitality of the international delegates.

No products in the cart.